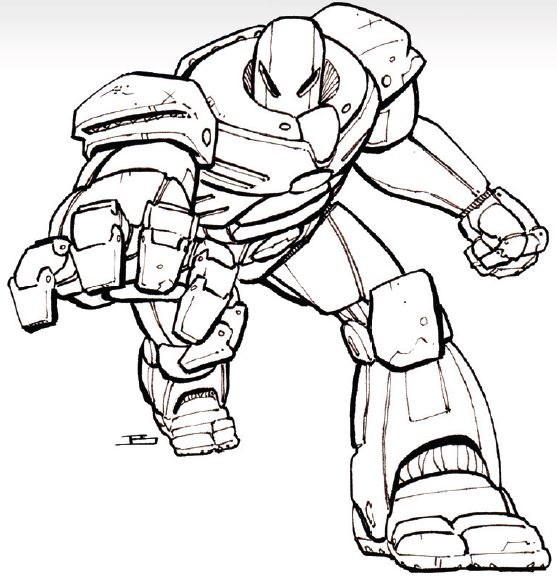 This series will introduce the great weapons mankind has created to defend itself from the depredations of the kaiju. Cortex attributes are provided for each mecha, at four different levels of detail. This allows GMs and players to decide for themselves the level of complexity they want to see in their mecha design.

Although it ushered in the era of mecha, the first remote-controlled battlefield robot is proudly claimed by the Anti-Kaiju Force, which predated the Mecha Assault Force, both because of its popularity and because it introduced the genius of Rampo Kyari. As a toddler, Rampo witnessed the first rampage of Kaibutsu with his own eyes. As his mother held him and his sister close, praying to the spirit of his dead father, Rampo beheld a vision of the universe in its entirety. He would spend the rest of his life seeking to unlock the secrets revealed to him in that one moment, and over the next ten years his mind would develop at a staggering rate.

At 14, as the Anti-Kaiju Force struggled to fight a kaiju, Rampo brought his first great invention onto the field: Metaru Jaianto, a giant remote-controlled robot, capable of fighting smaller kaiju one-on-one, and distracting and diverting larger ones. Built mainly as a test bed and prestige project by his family’s zaibatsu corporation, Metaru won the hearts of the Japanese people, and proved the viability of the world-changing technology. But while “Mataru Fever” gripped the country, young Rampo saw the limitations of remote-controlled robots, and began designing a piloted mecha. At the end of 1964 the Anti-Kaiju Force created a new arm for developing this new technology: the Mecha Assault Force.

Metaru Jaianto (d6)
At its most basic, a character’s mecha is treated as a Signature Asset, which does not have to be created in game and instead is created at the same time as the character. Mecha have four Trait Statements: their Name, which is unique to that vehicle; Attack System, representing their primary means of causing damage; Defense System, their main way of avoiding damage; and Aux (Auxiliary) System, representing any other system such as movement, sensors, etc. This Signature Asset starts at d6. PCs add their Signature Asset to all actions when they are piloting their mecha.

In this mod “Mecha” is treated as a Prime Set made up of Traits representing a mecha’s individual capabilities. Anytime a PC makes an action while piloting a mecha, add one of the following traits to the dice pool. The die type for each Trait determines how well the mecha performs that function.Trait dice start at d8.

This mod adds a statement to each Trait in the Mecha prime set representing a specific Mecha System. These statements function like Distinctions, making each mecha unique to its pilot. There is no inherent advantage between one statement or another, but there may be situational benefits. For example, a mecha with d8 in weapons will do the same damage whether using a flame thrower and a lightning gun. However if an enemy has a Limit triggered by one of those elements then that weapon will be better in that situation.

Many players enjoy tinkering with their mecha. This mod adds special effects (SFX) to Mecha Systems, granting additional benefits to particular mecha systems under certain conditions. Each system also has a Limit, chosen when it is created, representing a vulnerability it suffers. This allows players to acquire Plot Points by activating the Limit. The GM may also spend points from the Doom Pool to activate them in some circumstances.