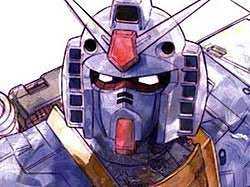 It was my love of the genre that inspired me to write Mecha vs Kaiju. This setting captures everything I love about Japanese popular culture. There are many fine examples of the form today, but if you’re looking for the same sources that inspired me I suggest the following:
Showa-Era Godzilla: Godzilla movies are separated into different eras based on the reign of the Japanese Emperor. The original Godzilla came out during the Showa Emperor Hirohito, so all the movies from 1956 to 1976 share this name. Though they all vary in quality, from profound to downright silly, they are all essential viewing.
Heisei-Era Godzilla: Starting in 1984, Toho films rebooted their Godzilla franchise with Godzilla 1984. This series ignored all other “kaiju eiga” (monster movies) after the original Godzilla in 1956 and reintroduced updated versions of the classic monsters. There was more emphasis on the military defenses created by humans, eventually culminating in Mecha Godzilla and Mogera.
Godzilla vs Mechagodzilla-Tokyo S.O.S.: This 2003 movie was the primary inspiration for the shape of the Mecha Assault Force. If you want to see how a military organization devoted to the defense of Japan against giant monsters would look like, this is another must see.
Gundam 0079/Zeta Gundam/Gundam ZZ/Char’s Counterattack: I can’t help it, I like the old school animation, and the original Gundam series’ are some of the best representations of how the military would integrate real robots onto the battlefield. Unlike the “super robots” of the early 70s, or the custom mecha of later Gundam series, these mecha looked like they could actually exist.
Evangelion: This anime series shows what life would be like living in a Japanese science-city defended by giant robots against giant monsters. It also details the affect these stresses would have on the young and inexperienced when thrust into battle with an implacable enemy.
Pacific Rim: Guillermo del Toro and I should have been neighbors, because we grew up with the same passions. This shows
in his epic adventure of mecha pilots fighting a last-ditch battle against a monstrous enemy. Pacific Rim takes the concept of a mecha-based military and expands it across the world.
Kami no Michi: Not a multi-million dollar movie, but a simple book written by a simple man. One of the most stirring faiths in Asia is the indigenous religion of Japan, Shinto. After its exploitation during WWII, people of the west had grave misgivings about the faith. So a Shinto priest named Yukitaka Yamamoto took it upon himself to show the west the true face of his faith. Kami no Michi is part biography of a holy man, part introduction to the concepts of Shinto. For anyone playing a practitioner or believer in Shinto it is an excellent read. It is available online from several sources.